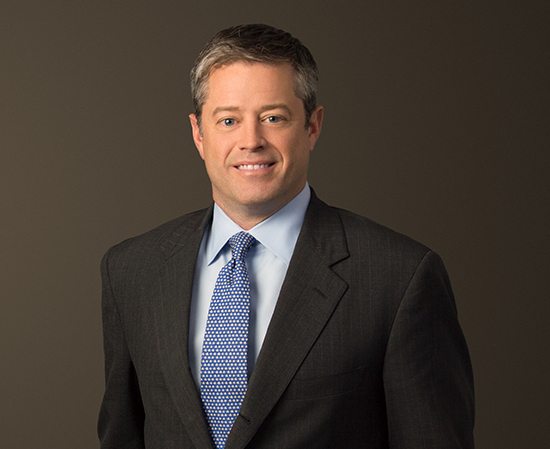 “He is a real trial lawyer who really connects with jurors and does a fantastic job.” – Chambers USA

Jonathan Jeffress is a “name to note with regular success in criminal trials.” – The Legal 500 Jonathan S. Jeffress has represented clients in all phases of federal criminal cases and has won acquittals in over half a dozen federal criminal trials. He has led the representation of clients in multiple high-profile matters, including numerous clients involved in the Mueller investigation, a former high-ranking federal official facing charges of sexual harassment, and a high-profile political figure formerly under investigation – but ultimately cleared – in connection with the investigation into Maria Butina’s alleged espionage. Jon recently secured a mistrial in a high-profile federal trial based on a Brady violation for William Wilson, a former government contractor charged with fraud, bribery and false statements. Jon is co-counsel on the 2020 Legal 500 submission of a matter related to a former general counsel of a financial services company who was the subject of a Foreign Corrupt Practices Act investigation.

Jon has successfully argued numerous appeals in the United States Court of Appeals for the District of Columbia Circuit. He lectures regularly on law enforcement sting operations to Federal Defender Offices across the country and members of the Criminal Justice Act Panels. He is a member of the Board of Directors for Rising for Justice (formerly Law Students in Court (LSIC), a non-profit corporation that assists over 6,000 litigants in the D.C. Courts every year. He also serves on the Judge Thomas Flannery Lecture Committee. Jon previously served as a Screening Committee Member on Clemency Project 2014, reviewing and making recommendations for executive clemency in the wake of significant changes in federal sentencing law.

Prior to joining the Federal Public Defender’s office, Jon was an associate at Williams & Connolly. Jon is a member of the Edward Bennett Williams American Inn of Court, an invitation-only professional organization devoted to white-collar criminal practice.

Justin Dillon Publishes Op-Ed in the Washington Examiner: Biden’s Title IX changes would roll back fairness and due process on campus

Justin Dillon Interviewed by Doug McKelway at The Washington Examiner: The Future of Title IX: A Conversation with Justin Dillon

Justin Dillon Coauthors Opinion for USA Today: Ending due process: Reinstating Catherine Lhamon at the Dept. of Education is a mistake

Justin Dillon Coauthors Opinion for the National Review: Why Does Joe Biden Hate Due Process?

Justin Dillon Coauthors Opinion for New York Daily News: The ACLU vs. due process: The nonprofit takes a surprising stand against more rights for those accused on campus

Justin Dillon Opinion Piece in The Washington Post – “The Common App will no longer require disclosure of criminal history. But what it still asks is more troubling.”

Justin Dillon Publishes Opinion for Above The Law: Everything You Think You Know About Campus Sexual Assault Is Wrong: A Review Of ‘The Campus Rape Frenzy’

Justin Dillon Publishes Op-Ed on Lawnews.com: Why We Are Suing the Government on Behalf of Students Accused of Sexual Misconduct

Matt Kaiser and Justin Dillon Publish an Editorial in the Los Angeles Times: How to Punish Campus Sexual Assault

Matt Kaiser Publishes an Editorial in The Washington Times: Being an Executive is not a Crime

Matt Kaiser and Justin Dillon Publish Editorial in LA Times: Why It’s Unfair for Colleges to Use Outside Investigators in Rape Cases.

Matt Kaiser and Justin Dillon Publish Op-ed in The Weekly Standard: The Campus Sex Scene: How Congress Can Make It Worse

Justin Dillon and Matt Kaiser Publish Op-ed in The Washington Post: We’ve defended lots of campus sexual assault cases, so we know just how unfair they are

Matt Kaiser Publishes an Article for Time Magazine: Some Rules about Consent are “Unfair” to Male Students”

Matt Kaiser and Justin Dillon Publish an Editorial in the Wall Street Journal: The White House Flunks a Test on Sexual Assault

Matt Kaiser and Justin Dillon Publish a Letter to the Editor in the New York Times: The Rights of the Accused

Jennifer Short authors “The False Claims Act,” and “Settling With The Government,” in The Corporate Compliance Answer Book 2010 by the Practicing Law Institute in June 2010.

Bill Zapf and Jon Jeffress Co-Author an Article in The Champion® on Honest-Services Fraud in the Private Sector After Skilling v. United States

Federal agents have come to my door – what should I do? – Jonathan Jeffress

Tell me about pre-trial diversion of criminal charges. – Jonathan Jeffress

Federal agents have executed a search warrant for my home or business. What should I do next? – Jonathan Jeffress

A loved one has been arrested on federal charges. What will happen next? – Jonathan Jeffress

I received a letter from a US Attorney’s office saying I am a target of a criminal investigation. What should I do? – Jonathan Jeffress